Not dancing, but reading

I had been going to do something about dancing today, but perhaps dance fits better with Murray - he really does love it.

So instead, for the penultimate day of Hippolyta Month (I love the word penultimate, but peninsula is better. From the Latin, paene, almost, and insula, an island - and then we can play with all the languages that take that insula base and give us island - inch, insch, innis, innish, ynys, ile, iland, island ... don't get me started on ecclesia). For the penultimate day of Hippolyta Month, instead we'll have a bit about a book. 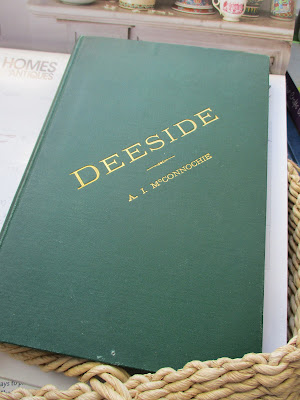 Here’s one of the books I have for Hippolyta research, Deeside, by the unusually named Alexander Inkson McConnachie. It’s a first edition from 1893, but it’s been reprinted a few times – this copy, to judge by the book plate, belonged to Alexander McDonald Munro (1860 – 1911), City Chamberlain in Aberdeen and member of the Scottish Society of Antiquaries. 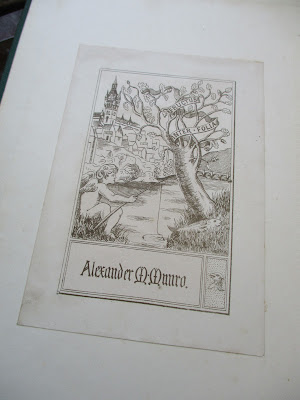 It is not he who has added helpful marginalia to some of the pages, though, but a later owner, Matthew Brown. 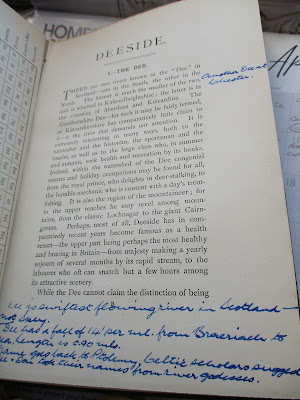 It’s a handy little book for its grid of distances and list of railway stations (sadly all now closed barring Aberdeen itself) – a little late for Hippolyta, but the geography is lovely.

Posted by Lexie Conyngham at 00:23