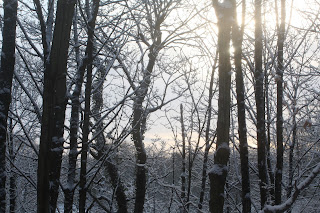 Third edition of the Ballater Bugle has gone out today to those on the mailing list, along with a short story - let me know if you think you should have it and haven't! contact@kellascatpress.co.uk.

Our internet was misbehaving over Christmas, so I hope everyone had as good a one as they could, and now I can at least wish you a very Happy 2018. And many excellent books, and the opportunity to read them!
Posted by Lexie Conyngham at 01:53 No comments:

Well, for November I was going to go to Ratty's lovely hole in
the riverbank, but instead, as the snow is falling and it's already
December, it's this children's book: 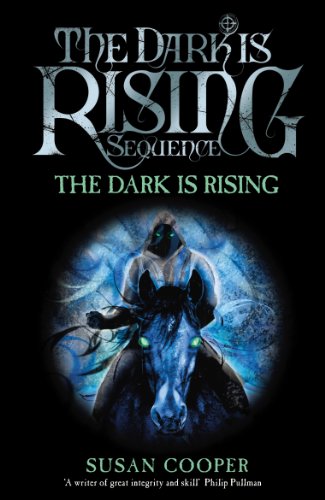 The Dark is Rising This was the book, and the house, that started it all, because I try to read this one every December as the daylight fades and the cold bites. Officially it’s the second in The Dark is Rising series, coming after Over Sea, Under Stone, but it’s the only one that has been filmed (don’t bother watching it, read the book) and it’s probably the only one that can be read as a standalone.

‘It will be a bad night,’ said Mr. Dawson, ‘The Walker is abroad, and this night will be bad, and tomorrow will be beyond imagining.’

Will, the hero, on the verge of his eleventh birthday, is the youngest of a family of nine children and the house at Christmas, out in the country, is chaos.

‘“He said, remembering a duty: ‘I haven’t fed the rabbits yet. Want to come?’
‘Booted and muffled, they clumped out through the sprawling kitchen. A full symphony orchestra was swelling out of the radio; their eldest sister Gwen was slicing onions and singing; their mother was bent broad-beamed and red-faced over an oven. ‘Rabbits!’ she shouted, when she caught sight of them. ‘And some more hay from the farm!’
‘“We’re going!’ Will shouted back. The radio let out a sudden hiss of static as he passed the table. He jumped. Mrs. Stanton shrieked, ‘Turn that thing DOWN!’ …

The calm silence of the rabbit hutches and hen house are a relief, but then they return to the wonderful madness inside.

‘The grey world had slipped into the dark by the time they went back to the kitchen. Outside the window, their father’s battered little van stood in a yellow cave of light. The kitchen was even noisier and hotter than before. Gwen was setting the table, patiently steering her way round a trio of bent figures where Mr. Stanton was peering at some small, nameless piece of machinery with the twins, Robin and Paul; and with Mary’s plump form now guarding it, the radio was blasting out pop music at enormous volume. … Voices and laughter filled the long stone-floored kitchen as they sat round the scrubbed wooden table; the two Welsh collies, Raq and Ci, lay dozing at the far end of the room beside the fire.’

Clearly I’m drawn by large, messy families – the opposite really of what I’ve always had, so perhaps a ‘grass is always greener’ idea.

Dear Amazon  has done something bizarre with my sales figures for the last couple of days, so I  have no idea if the new Hippolyta is selling or not! I hope it will sort itself out soon. But in the meantime, I could either go and tackle some Christmas shopping, or I could go and find that well worn paperback and return once again to where the Dark is Rising! Now, which?

Posted by Lexie Conyngham at 02:50 No comments: