Gardens and the fourth quiz question! 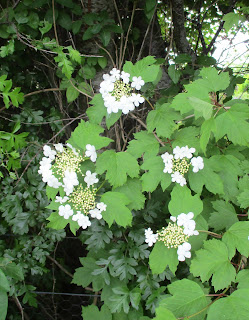 It’s National Gardening Week (so thank goodness for a bit of rain!), and both garden and allotment are showing signs of growth – in the case of the garden perhaps just a bit too much!

What your garden was like in Scotland in Hippolyta’s time very much depended on where you were in society, with one common feature: gardens for both rich and poor were intended to provide food for the household.

Hippolyta was delighted when she came to Ballater to have a garden – her Edinburgh home had little outdoor space attached to it and while the late Georgian city already had public parks and places to walk, it is not the same as having one’s one green place. It is, however, true that Hippolyta’s first thought on acquiring a kailyard, as the vegetable garden of humbler dwellings was called, was that she could keep hens. The second thought may well have been the pig.

Ballater is not blessed with the kind of climate that encourages the easy production of fruit and vegetables. Aberdeenshire in general is quite good for potatoes (which Hippolyta would certainly grow), rhubarb (still regarded mostly as a medicinal plant by the 1830s) and fruits such as raspberries, strawberries and currants. Peas, beans and onions will usually manage, though they prefer not to share a bed. Kail, of course, does quite well and was the standard crop for many a cottager – it has the virtue of being very nutritious and lasting through most of the winter. Rocket, too, is a good doer. Both these vegetables fell out of favour in the late Victorian period and the twentieth century but both have come back with a vengeance – with kail, it seems, all you really have to do is give it its Italian name and cavolo becomes delicious again!

It is in Ishbel’s interest, as the cook, to know what is available in the garden and use it well, and she would in a small establishment such as the Napier household do the harvesting herself. Wullie does the digging, of course, and helps put up strings to keep the hens off when the plants are vulnerable. But the hens have their work as well, picking out slugs and other tasty snacks that would otherwise harm the crops.

Larger gardens, particularly those of the gentry, could afford the space for hothouses and greenhouses. A large estate was absolutely necessary for growing pineapples, which were popular in Georgian gardening, as the glass frames for the pineapple houses had to be packed around with barrowloads of fresh horse manure to keep the temperature up. One small pony is not going to manage that!

The gentry could also afford to leave space for ornamental pleasure gardening. Here colour and scent were important, as well as designing pretty spots for sitting in sun or shade – Mrs. Kynoch has some room like this at Dinnet House, and the Strachans can also sit out in their garden, though both properties have vegetable gardens, too. A landowner interested in the latest novelties might perhaps purchase plants newly brought from abroad by the intrepid plant hunters, such as John Jeffrey, who explored North America while working for Edinburgh Botanic Gardens, and David Douglas, after whom the Douglas Fir is named, who after exploring North America in his turn died young in Hawaii. Both these men worked for institutions but richer landowners were not above sending their own men out to see what they could find – it was a tradition that continued into the twentieth century.

Hippolyta has little space for ornamental gardening: the space on either side of the path from the front door to the gate on to the green is her park, though the space is short for an afternoon’s stroll! There she has some roses, planted who knows when and mostly wild. Patrick is grateful for these and for the herb bed near his little dispensary, for a garden was also a physick garden and he can use rosewater and lavender water for his patients, distilling these and other delights in an alembic, a little still. If Ishbel were so inclined she could also use the rosewater in cookery.

Walter Nicol and Charles McIntosh both produced books on gardening in 19th century Scotland, Nicol in 1812 and McIntosh in the 1850s. Nicol encouraged food production and McIntosh for the most part ignored fashionable appearances and aimed for more general improvements. Yet plenty of Scottish landowners admired and tried to emulate the elegance of a Capability Brown or a Humphrey Repton – Haddo House in Aberdeenshire is surrounded by lengthy, enticing vistas and well-planted woodland.

By the end of the nineteenth century, gardening was becoming a hobby for the middle classes and not just a source of household food: increasing numbers of public parks and winter gardens encouraged the private gardener to try their hand, and horticultural societies offered mutual aid and competition. But that is a long way off for Hippolyta: she must just do what she can with her kitchen garden and her roses, and try to keep pig and chickens under control.

Now, then, here's the fourth competition question - answers to contact@kellascatpress.co.uk.

What and when was the Muckle Spate?

Posted by Lexie Conyngham at 03:03