A sort of new year's resolution

It's so easy, with the crime genre being so broad these days, to imagine that because you're reading some noir and some cosy and some trad that you're reading widely. With my occasional bookshop job, I've been forced to acknowledge once more that apart from the occasional excursion into fantasy, I'm very bad at leaving my nice familiar genre and reading outside. So this year (well, it being a new year resolution, for the first part of this year) I'm trying to read a non-fiction book (as opposed to dipping into many for research purposes) and a mainstream fiction book per month. And here are January's contributions.

The Sewing Machine, by Natalie Fergie. 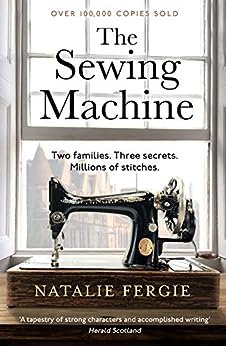 This was interesting straightaway (not least because I learned to sew on a model very, very close to this one), with a quite rapid movement between eras following the story of Singer sewing machines. The strands are well contrasted, though – 1911, 1950s, and present day, and for a while, despite the key sewing machines, it’s not quite clear how they are going to come together. Then it seems that the solution will be a fairly simple on, but suddenly another thread emerges and cleverly, unexpectedly, binds the whole together beautifully. A very pleasing read.

This Is Going to Hurt, by Adam Kay 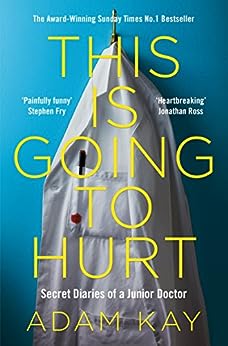 Well, it did. My work lunch companion thought I was choking to death before I got to page ten, and I couldn’t read any more in public. It’s a mixture of mostly horrible and hilarious anecdotes of work in obstetrics and gynaecology – don’t read it if you’re at all squeamish – interspersed with commentary on working for the NHS by a man who has left, but who seems to have a lingering guilt at abandoning an organisation that is remarkable, with all its flaws. The episode that drove him to leave brings the book to a tragic end, tragic for a number of reasons, but it is nevertheless a rallying call to support the NHS and its clinical staff much more than we currently do.

And now despite the fact that I have plenty in my To Be Read pile, I've bought more mainstream fiction books from work and have settled in with February's one already. Non fiction might be slower.

Meanwhile the cover illustrator is gently encouraging me to complete at least one chapter of Murray 11 so that I can send it to her to show her what I need. It's sticky going! But at least it has a title - A Deficit of Bones. And it's set in Aberdeen. In winter. So all I have to do is look outside, and there's my inspiration. Please?
Posted by Lexie Conyngham at 11:50 No comments: