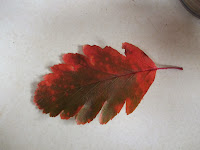 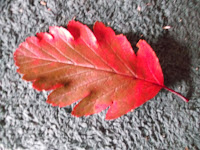 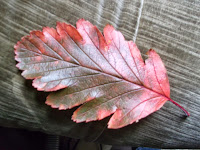 Autumn again! Ooh, I love it. One allotment pretty much cleared (leeks planted, though) and the other to be done, nasturtiums all over the garden, the amelanchier bright yellow, and the blackberries leaping off the brambles to be eaten. I wasn't going to make any wine this year but it's too good a year to miss and hedgerow wine will be made.  A few weeks ago I took a brisk walk locally to deliver something and saw a skein of 250 geese, two roe deer, and a fox, and filled my arms with elderberries. Who needs to live in the country? (well, me, often, but sometimes towns can come up to the mark. And how many cities can you live in and regularly see grey seals from the bus?)

Meanwhile I'm ploughing through The Tender Herb, Book Six. I'm looking out at autumnal trees and busy bluetits here but half my head is in Moghul India, trying to catch and convey the sights and smells and tastes that intrigue Murray. It wasn't all novelty for him, though: of course Indian silks and cottons were available in Britain, and the first commercially blended curry powder was sold in the U.K. about 1806! So many Scots worked in the Honourable East India Company or travelled to the subcontinent for other reasons, then came home and brought a flavour of their travels with them. The Fraser family of Moniack in Invernessshire are particularly interesting - I've kidnapped William Fraser and put him in my book (couldn't resist) though his brother James can't appear as he came to India later. He was an accomplished artist but returned to manage the family estates after compiling albums of fascinating portraits and views around Delhi and in the Himalayas. And the family estates now produce Moniack Wine, which along with Cairn o'Mohr from Errol is much appreciated in this household!
Posted by Lexie Conyngham at 01:18 No comments:

Scots Words in Fellowship with Demons

The final instalment of these for now: