Finished - up to a point! 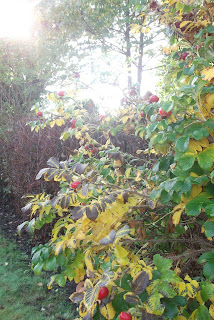 Well, the first draft of Out of a Dark Reflection is finished, after a blitz on Monday - spent a chunk of last week in an A&E unit with someone and someone's broken ankle, and found that I can't write in hospitals - very odd places, where time does funny things and even if you go in feeling bright and breezy within an hour your brain has been sucked out through your toes and you can barely read a book, let alone write one.
No.3 Cat has also been ﻿for his op this week: this causes some satisfaction to No.2 Cat who feels that anything that calms the kitten down for an hour or two has to be good. We believe that No.2 Cat has been neutered. We don't actually know, as no vet has been brave enough to investigate (and frankly, we don't blame them).
After some consideration I've decided to finish another of those stray standalones after this, then perhaps another Murray, then perhaps begin a new series (while still having half a dozen or so Murray books in my head). There's still some way to go on this one, though: I'm not sure I like the ending at all, so I'll have to re-read it and have a think before I send it to my kind readers - no point in making them suffer unnecessarily!
I have a few books on the go from the reading pile at the moment: John Bude's reprinted The Lake District Murder; Kate Charles' first Callie Anson, Evil Intent; Pamela Kelt's Equinox; Gunnar Staalesen's Yours Until Death, and some factual ones. Reviews will probably follow on Good Reads!

Posted by Lexie Conyngham at 12:04 No comments: