The difficulties of weaving a cat 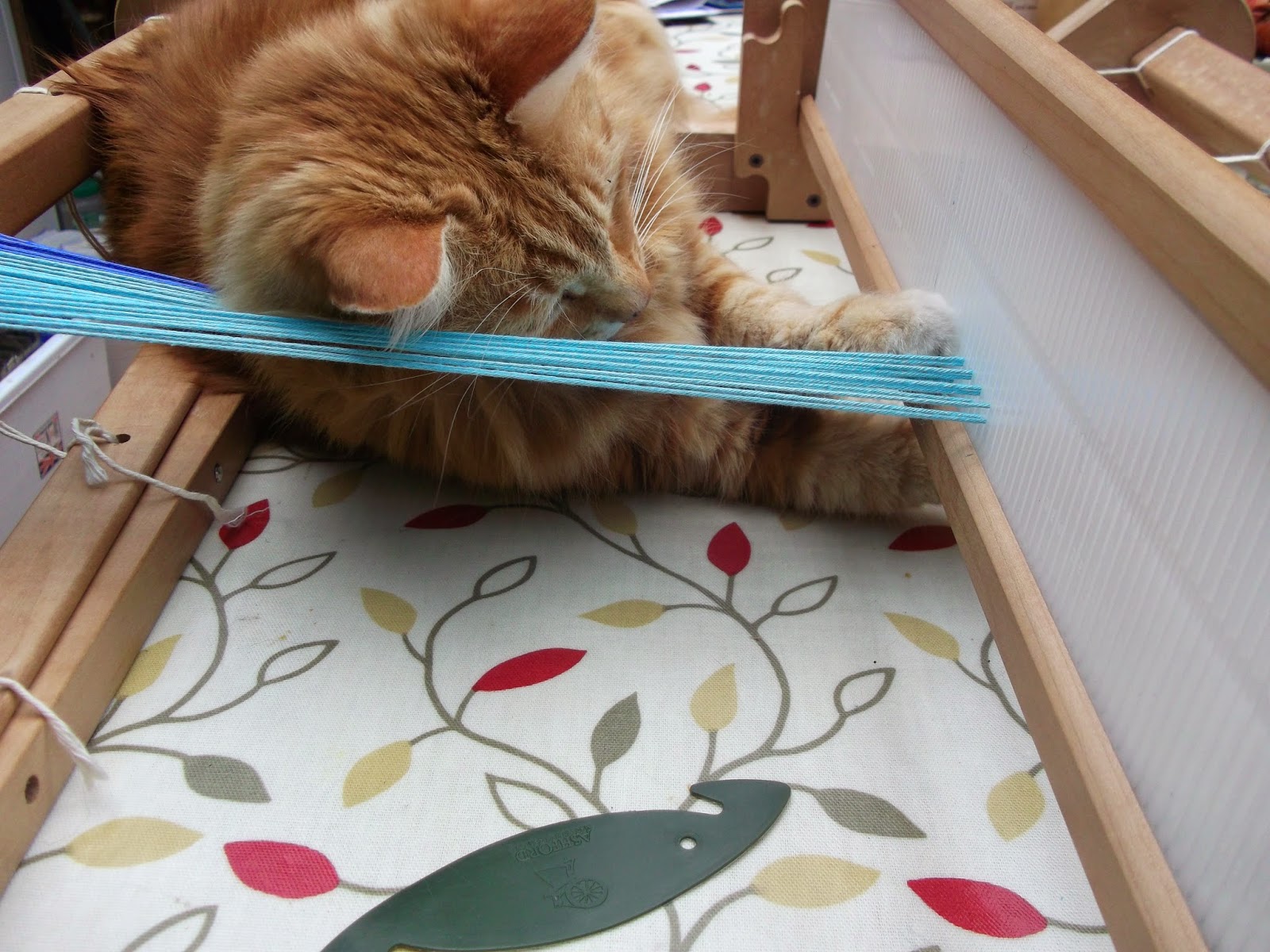 Perfect weed-growing weather here, and Allotment No.2 has nearly vanished into the wildnerness, but I had to warp up the handloom to make a quick scarf. No.2 Cat decided to help. To be fair, so did No.1 Cat, but he just sat on the floor watching the warp stretch above him (a little old, now, for jumping up into the midst of things). 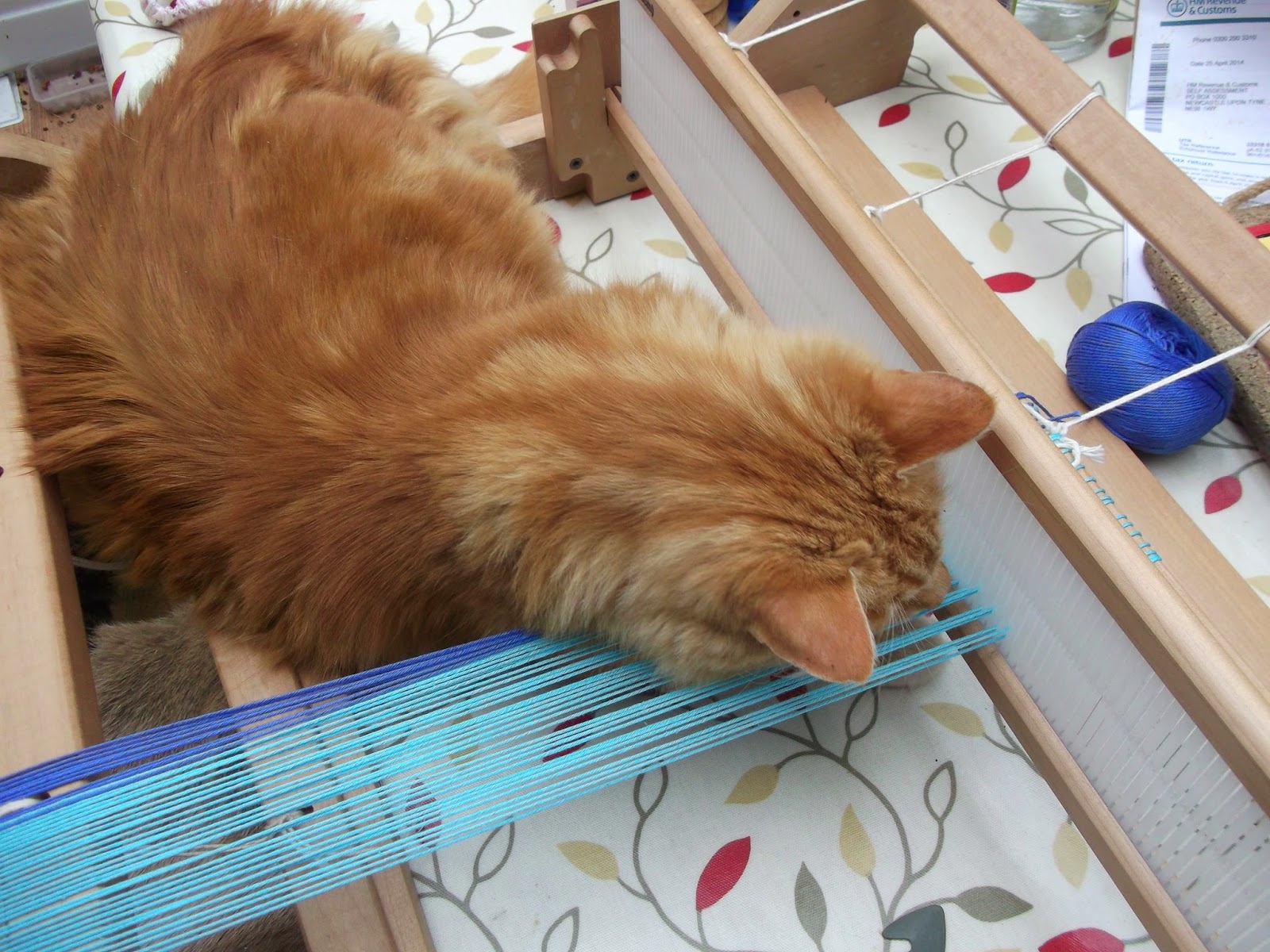 So kind of them! Meanwhile the word work piles up: documents on British foreign policy in Turkey in the 1860s; Aberdeen trades in the 1930s; Episcopalian congregations in Brechin diocese. None of these has anything to do with Murray of Letho, sadly!

I'm cooking for the launch party for The Tender Herb, though, which is being read. The other book, the one about 1950s Tibet, is also being read but the reader keeps coming up with great new material that I want to write in, so it's taking a bit longer than I had hoped. Covers are in development for both. I had a lovely couple of days in Edinburgh recently reading old newspapers for the next Murray book, so it is coming together when I have time to think about it.

We've also produced Dead Dogs and Apple Trees as a smart-looking paperback which we've been distributing free to cafes and art venues around Aberdeen and Edinburgh. Fife is next. After all, if you have to pay money to advertise, you might as well give potential readers something to enjoy! People have been very supportive and we've met some lovely helpers in these places.

Meanwhile we have acquired two new rescue rodents. The other night they escaped simultaneously (luckily No.1 Cat is also too old to bother chasing them) and hid under the cage: while we tried to catch them, one of the older rodents hurled straw and nuggets down at us, clearing calling to the new ones: 'Quick, I'll distract them while you make a break for it!'. I should probably explain that they are degus, from Chile: they are not nocturnal, they are very intelligent, deeply nosy, and very entertaining. We are currently trying to integrate old ones with new ones, which is not easy: they are very territorial. No.2 Cat sees them as potential dinner, but they have no truck with that idea: when he came too close they swore at him and then bit him on the nose.

Posted by Lexie Conyngham at 01:33 No comments: