Food - a topic close to my heart

This is Stop Food Waste Day, and I'm ferocious about using up leftovers. But here's a recipe that's quite good for a glut of apples and some stale bread.

Particularly if you read the newsletter you'll know that Hippolyta is fond of her food, and she has been trying to learn a little about cookery along with her cook, Ishbel. I too am fond of a little light nourishment, and so it was no great hardship to select a recipe from Elizabeth Cleland's book, A New and Easy Method of Cookery, to try out for Hippolyta Month. I did try to avoid anything too peculiar ...

We've looked at the recipe for a Pupton of Pigeons in the newsletter (pupton is apparently from the French, poupeton, meaning a ragout or pate made from minced meat). We have a number of unfeasibly plump pigeons around here, but none of them was particularly interested in experimental cookery, so I flicked through to the pudding section and found instead a Pupton of Apples. Much safer! 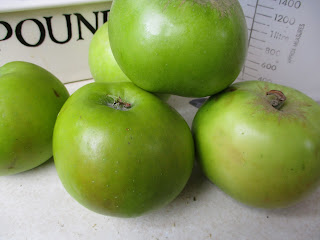 Pare some Apples, take out the Cores, put them in a Sauce-pan, and chop them grosly; 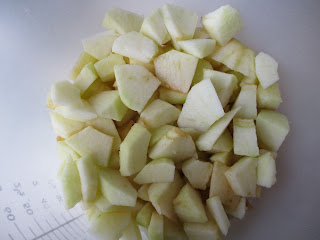 to three Mutchkins of these Apples put in a Quarter of a Pound of Sugar, and two Spoonfuls of Water: 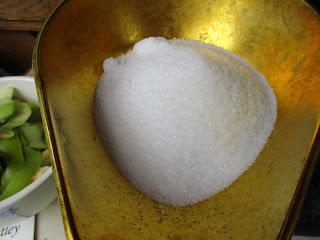 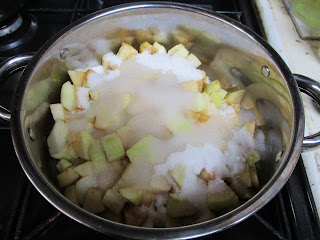 Put them on a slow Fire, keep them stirring, grate the rind of an
Orange and Lemon in it: 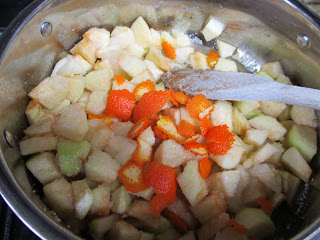 When it is quite thick as Marmalade, let it stand till cold; 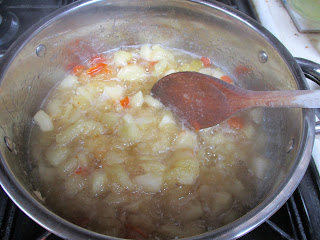 Then beat up the Yolks of four Eggs, 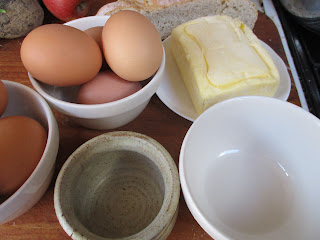 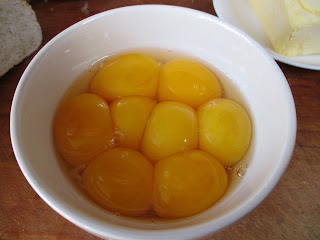 (I had six mutchkins of apple so I assumed doubling the quantities here made sense) and stir in a Handful of grated Bread, and a Quarter of a Pound of sweet Butter: 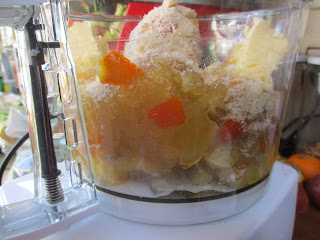 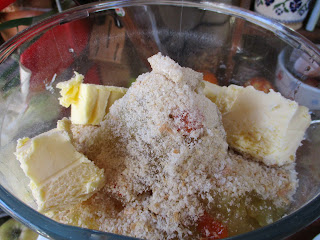 Mix them all together (here sadly the Magimix had to come in as arthritic thumbs won't beat well any more!), form it into what Shape you please, 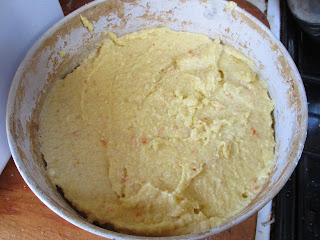 and bake in a slow Oven (Gas Mark 2, in my case. Note to self - don't get carried away melting down church candles to make prayer lights and forget the Pupton.) 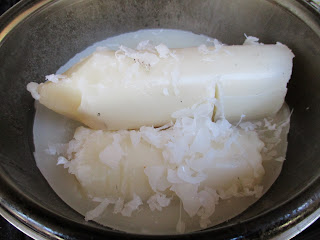 (At some point, remove from oven. Cleland is always a bit vague about times and temperatures, not unreasonably.) 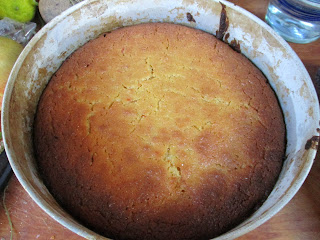 then put it on a Plate upside down, for a second Course or Supper. 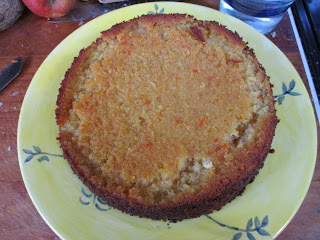 Personally I think it looked better the other way up, but who am I to argue with Cleland? A dense, sweet cake, full of flavour, the consistency something like a chocolate brownie. It did not last long! One or two slices survived long enough to be paired with fresh natural yoghurt which was particularly good.

On Stop Food Waste Day I should tell you what happened to the odd bits and pieces! The rest of the apple was stewed with a little light caramelising and eaten for breakfast with more of the yoghurt. Peels and cores went into the compost. The egg whites could have been turned into meringues but I like meringues far too much and would have hoofed the lot, so instead they were whipped and added to the white sauce in a smoked fish pie with shredded kale and a sliced potato topping (that in itself included a few chips left over from a visit to the chip shop!).

Posted by Lexie Conyngham at 00:06