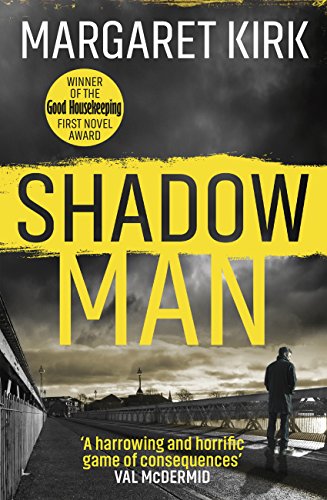 Shadow Man, by Margaret Kirk
A gripping Scottish crime thriller from the winner of the Good Housekeeping Novel Writing competition 2016.
Two sisters
Just before her wedding day, Morven Murray, queen of daytime TV, is found murdered. All eyes are on her sister Anna, who was heard arguing with her hours before she was killed.
Two murders
On the other side of Inverness, police informant Kevin Ramsay is killed in a gangland-style execution. But what exactly did he know?
One killer?
As ex-Met Detective Inspector Lukas Mahler digs deeper into both cases, he discovers that Morven's life was closer to the Inverness underworld than anyone imagined. Caught in a deadly game of cat and mouse, is Lukas hunting one killer, or two?

I hadn't been going to Inverness on this tour until Margaret Kirk came to my attention, so I snatched up the book to see if it was worth a visit (silly me, of course Inverness is worth a visit! It's lovely). Shadow Man is written in the present tense, which rarely appeals to me, but despite that I liked the book, and particularly liked the main character, Lukas Mahler, from the start, with his rather less conventional family issues. I immediately wanted to know more about the woman he saw on the flight to Inverness. Not a particularly strong sense of place, but a good sense of community, both the police (some of whom are fully paid up members of the Awkward Squad) and the locals. 2.5 to 3 on the Conyngham Scale, but don't let it put you off staying at the hotel where the murder takes place! I'm looking forward to the next Margaret Kirk with enthusiasm.

Meanwhile, I'm back from beautiful Orkney and happy book events at Orkney Library and Stromness Writers Group, knitting some of the wool I bought, reading the pile of books acquired (good thing we had an extra bag for the flight!) and 11 1/2 chapters into Tomb for an Eagle. I swerve between loving it and being sure it'll be a disaster! 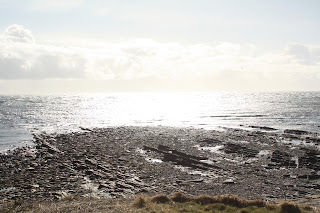 Posted by Lexie Conyngham at 01:11